Sweeper is an installation of two motorized brooms, sweeping clockwise and counterclockwise. The modified commercial brooms, installed at Cypress College Art Gallery, generate small eddies and mirror cyclonic systems. The push broom and household broom explores the duality of interior and exterior; north and south hemispheres; cleaning up and tossing out.

The Sweeper Dance was a collaborative improvisation with the Cypress College Dance Ensemble, responding to the installation and the related video Kepler’s Dream. The work of the costumed dancers was accompanied by the artist reading an excerpt from Johannes Kepler’s Somnium text. 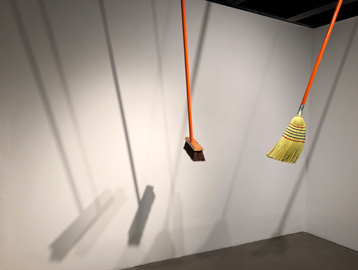 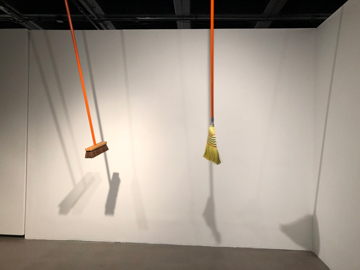 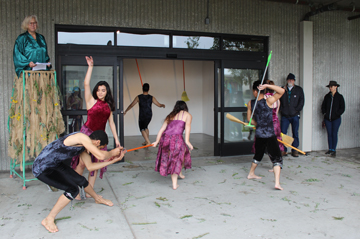 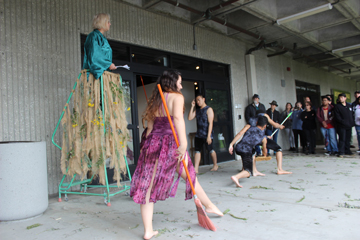 Originally designed as temporary public art, the twelve elements of Quercus can be experienced in a gallery setting.

Quercus Installed consists of twelve mirrored stainless steel silhouettes of acorns and eggs are sequenced like a clock face. Fine painted lines mark each silhouette to represent the electrical impulse of plants and the heartbeat of animals. 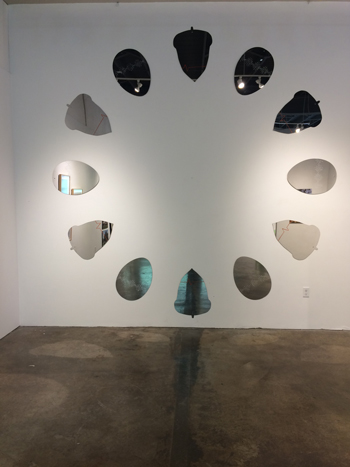 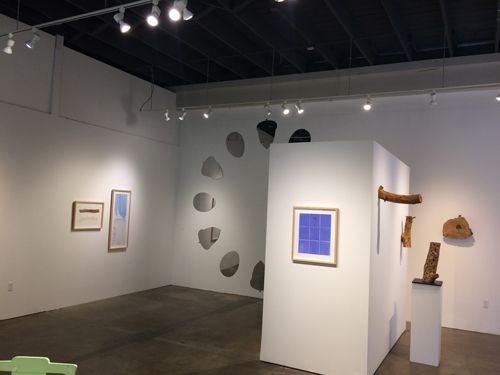 An interactive installation with sculpture with video, Becoming consists of a suspended column made from fluid, metallic bead chain and three suspended commercial pails. One pail spills light through drilled holes; one holds a video loop exploring seasonal water cycles; the third is hung beyond viewer’s access and its contents remain unknown. 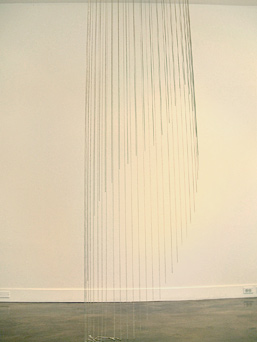 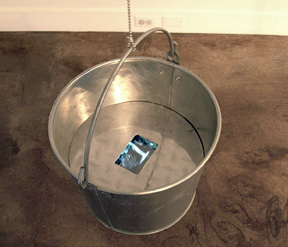 An installation of 23 altered and suspended pails forming the constellations Ursa Minor and Hydra framed by a hand-painted sky blue wall at Barbara Davis Gallery, Houston. The empty buckets are suspended voids, reminding viewers of phenomena made invisible during daylight hours.

The pails, in three sizes, spill light through holes drilled in the sides. 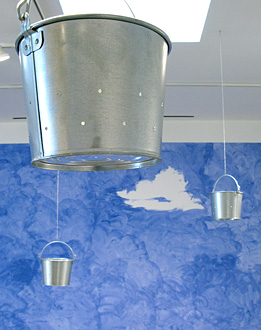 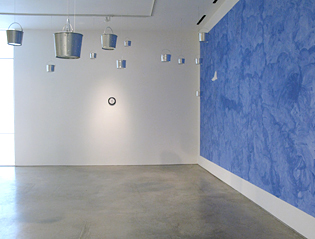 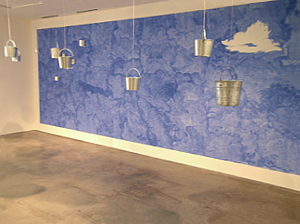 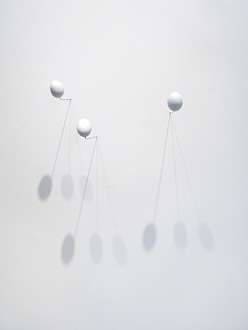 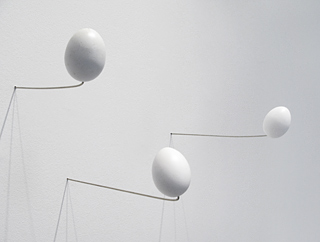 Created on the concrete banks of the Los Angeles River, River/Water/Shed consisted of 50 small house silhouettes painted along a quarter mile slope.

Though most silhouettes were painted in liquid plant food tinged with watercolor one, sited near an ant colony was painted in honey, and two, near a copse, were painted with syrup and bird seed. 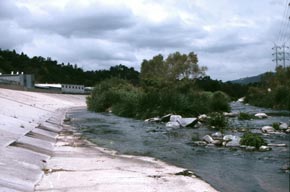 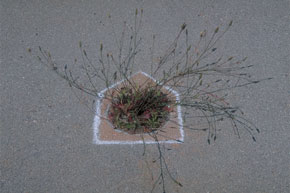 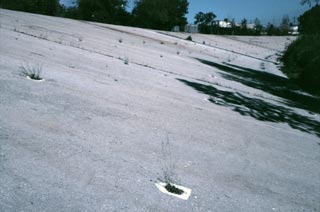 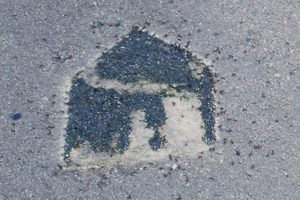 This site-specific installation relied on the orientation of the building and movement of the sun to activate the experience of the art. The hangar, aligned to a north /south axis was 60 x 120 x 80’ deep. The east and west walls were glass, allowing large images of boats to project into the space and sail across the interior floor, as the day passed.

The work was created for the Seattle Arts Commission, Seattle, Washington. 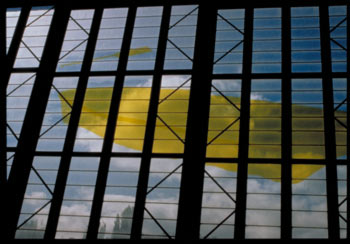 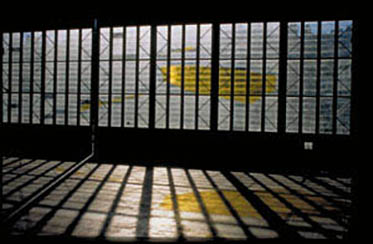 The Crowning Glory of Tacoma

The Grand Crown was the largest element of the Crowning Glory of Tacoma, a one-person, multi-site exhibition throughout the Tacoma Art Museum in Washington State. This interactive installation included a Coronation Room, participatory parade, and significant hats on all street level windows.

The Grand Crown, made of gold vinyl over an aluminum frame, sat at a jaunty angle on the Museum roof. 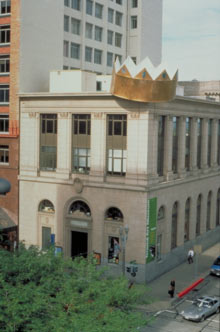 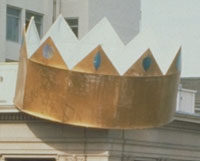 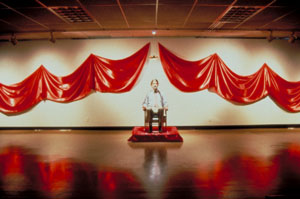